Because posting videos is easier than writing

Email ThisBlogThis!Share to TwitterShare to FacebookShare to Pinterest
Labels: Dude look at this, girls

Overheard in my head

(Conversation from dream I had)

Email ThisBlogThis!Share to TwitterShare to FacebookShare to Pinterest
Labels: overheard, Stuff I think about

Darn you, Hanson, darn you all to heck

Yes, that Hanson. The "Mmm Bop" Hanson. I curse them for having this super-awesome music video. It makes it really, really hard for me to not like them. I am fighting an urge to buy their album just as a show of support for the video.

If you don't catch the reference, really, I don't want to know you. It's a re-creation of a scene in one of the best films in the history of best films.

Email ThisBlogThis!Share to TwitterShare to FacebookShare to Pinterest
Labels: Dude look at this, Signs that I am old and busted, Why America is better

I'm the sort of person who likes to name drop. If a friend of mine has done anything of note, you will almost certainly hear about it from me. The people we keep as friends are in some way an extension of ourselves -- a personification of the things we value and the things we aspire to. So, I take a kind of personal joy in talking about friends' accomplishments; some tiny part of me likes to believe that it somehow reflects back on me as a person for having them as a friend, and them having me as a friend.

If you've heard me speak about literature in Wales, you've almost certainly heard me name check Siân Melangell Dafydd, winner of the Prose Medal at the 2009 Eisteddfod. I find I have a bad habit of saying her full name, so people will know exactly who I'm talking about, as well as always being sure to work in the fact that she is my friend. So, I'll do this sort of thing:

"Well, something that Siân Melangell Dafydd and I were discussing yesterday while lying naked in bed was..."

OK, I might be embellishing on that last one. But you get the point: I like to brag about my friends. So, even though I am bitter and grumpy (a) at not having myself been included on this year's long list for the Welsh Book of the Year, I am delighted to see that Siân's book Y Trydydd Peth is there

Congratulations, Siân. You are awesomeness.

The thing I like about Siân's writing -- and, indeed, her as a person -- is that she has a kind of comprehension of beauty that goes beyond the simple ability to identify it. Most of us can spot beauty in the world around us. I would like to think that I have a certain knack for identifying the strangely beautiful -- the delight of bus exhaust on a sunny morning, cackling fat ladies in town centres, etc. But Siân seems to have an understanding of that beauty.

In a phone conversation with her Tuesday, I compared the difference to the old Where's Wally? books (known as Where's Waldo? for those of you playing along at home). With some searching, I can find Wally, but what do I really know about him? What do I know of Wally the man? What drives him? What attracts him to crowds and why does he seek to get lost in them? Siân seems able to get at the answers to these questions.

(a) Also, what's up with neither Lloyd Jones nor Jon Gower being on that list? That is bullshit, yo. Jones' Y Dŵr was easily the most complete Welsh novel to be published last year and certainly one of the best written.

Nine years ago last month, 15-year-old Charles Andrew Williams shot up a high school in Santee, Calif., killing two people and wounding 13 others. I was working for news station KGTV at the time and as you would expect, all focus that day (and for several consecutive days) turned to the events in that otherwise unremarkable San Diego suburb. We had no less than three reporters broadcasting live from different areas on and around campus, themselves part of the great throng of reporters from San Diego's dozens of news outlets, as well as those from Los Angeles and elsewhere, all flooding to the town in order to watch attractive middle-class teenagers do what they do best -- behave melodramatically -- and interview the occasional batshit crazy parent insisting that teachers be allowed to carry firearms. I would like to think that of all of them, we did the best job.

But what I remember most from that day was the tiny, almost insignificant moment when one of our reporters accidentally gave away one of the truths of journalism. Standing on the campus with heavily armed police officers stomping about behind her and the first wave of sexy teens starting to cry, she told our anchor live on air: "It's really exciting out here."

The statement went unnoticed by everyone other than myself, most likely interpreted to mean that the situation was still rather unclear. But to me the truth was out: journalists love when shit gets fucked up. She was expressing what every one of us back in the newsroom felt: "Wow! This is awesome!"

It's not that we were enjoying the death and misery. That part was no fun at all; I can remember one of our anchors retreating to her office to cry. But the chaos of it is what's delightful. There is a thrill-joy in fucked up shit, the simple disarray, the normal order of things being upset.

Unfortunately, fucked up shit more often than not involves death and destruction and misery. If newsrooms aren't careful (and very few American newsrooms are), one gets confused for the other and pursuit of misery becomes central. In essence, that's why I left the news business. It was wearing me down from within. The great journalists are either shallow, heartless bastards or those who possess a greater sense of zen and universal perspective than myself.

All of which leads to why the continuing saga of the Eyjafjallajökull volcanic ash cloud is quite possibly my favourite news event ever. I am loving the ashpocalypse!

No planes in the sky for a week is definitely fucked up. In air travel terms, things have never been as fucked up as this.

Additionally, the story involves fire. A fucking mountain of fire! How awesome is that?! The No. 1 rule of journalism is that if something is on fire there are no other rules.

And, of course, you've got your human interest side of the thing: the constant parade of unconvincingly miserable Middle England and North Wales types "trapped" on holiday in Spain. Sky News especially likes to hear their stories, showing family after family stoically resigned to their fate of spending yet another day drinking sangria poolside. Stiff upper lip chaps, you're an inspiration to all of us back home.

Delightfully, though, no one is dead because of it. Inconvenieced, yes, but not dead. Families are not being destroyed. Faith is not being tested. Hope is not being lost. This is the best fucked up situation since a tornado resulted in me and Dani making out under a coffee table in high school.

Huzzah the ashpocalypse, I say. Huzzah!

Email ThisBlogThis!Share to TwitterShare to FacebookShare to Pinterest
Labels: Dude look at this, News item

Email ThisBlogThis!Share to TwitterShare to FacebookShare to Pinterest
Labels: overheard

We lean forward to the next crazy venture 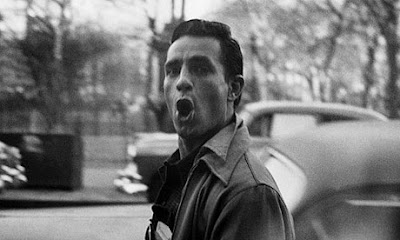 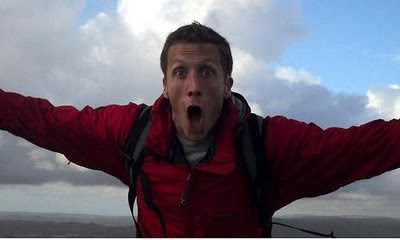 Email ThisBlogThis!Share to TwitterShare to FacebookShare to Pinterest
Labels: About me, writing

Dude's a genius, yo

I have never in my life managed to solve a Rubik's cube. It's one of those tasks for which my brain was not built. I can tell you a lovely story, make you a nice cup of tea, fold your laundry, or wash your dishes, but when it comes to tasks requiring mental organisation I am useless.

Here's a video of my cousin, Shane, managing to make me feel useless in just 1 minute and 14 seconds. Without looking. My favourite part is the sign-language celebratory trash talking he does at the end.

(Obviously Shane is deaf. And obviously he is a genius. One of my favourite memories of him is from when he was a little boy and came into my grandparents' living room to sit directly in front of the television, thus enraging another of my cousins. That cousin started screaming at Shane -- despite knowing that he is deaf -- and, not surprisingly, Shane did nothing. Eventually I got up to go move him out of the way. But when I went to look him in the face I saw he was sitting there with an enormous mischievous grin, fully aware of the hysterics taking place behind him. You've got to love that.)
Posted by Chris Cope at 10:29 6 comments:

Email ThisBlogThis!Share to TwitterShare to FacebookShare to Pinterest
Labels: family

But there you are

There is a certain quirk of the Welsh mentality that has always gotten under my skin: the ability to identify something negative -- often unacceptable -- complain about it, and then immediately resolve to accept it without change. It's a behaviour most often punctuated by the phrase, "But there you are." It's similar to the "It is what it is" phrase that's so popular in the American lexicon at the moment, but has a greater sense of finality. It is what it is and it is what it always shall be.

So, for example, Wales will lose at rugby and in the post-match interview a player will accurately identify all of his team's weak points and the areas that need work. He will speak intelligently on the team's failings, showing a full grasp of the situation and then finish his summary with, "But, there you are." Said in a tone of acceptance -- in the same way you might say, "I don't want to go to work," as you are opening the door to your workplace.

You hear it a lot on trains in south Wales. Crowded, stinking and uncomfortable, the trains system is decades behind the needs of its customers -- a fact that is identified by every passenger every day.

"This is totally unacceptable," they will say. "How hard is it to add more cars to a bloody train? Arriva say they won't because the platforms aren't long enough. But extending a platform -- adding 20 feet of concrete to an existing stretch of concrete -- is hardly a Brunelian wonder of engineering. It's been years now since they promised extended trains but here we are still, feeling each other up in a 30-year-old rusted death trap because nothing is being done. But, there you are."

Obviously, there are benefits to this mindset. It means that nothing is ever done about the main north-south road road running to Cardiff city centre from the west side of the Taff. Every day the road clogs up and it can take an hour to crawl two miles. This encourages people to use bike paths and (overcrowded) trains, thus benefiting the environment. Additionally, it is a mentality that helps to keep the pace of life in Cardiff slower than anywhere else I've ever lived. I'm not sure I could handle going back to a world in which people expected me to get things done within a week.

Anyway, on the news today I spotted a perfect example of that mentality. On Wednesday night a Merthyr Tydfil man was found murdered in his home, in the sort of cookie-cutter middle-of-the-road neighbourhood so prevalent in south Wales: not generally charming but not generally dangerous. In an interview, the man who lived right next door to the victim said: "Pretty shocked. As they say, don't expect it to come so close to home. Very, very shocked about that... but... well... these things happen."

Email ThisBlogThis!Share to TwitterShare to FacebookShare to Pinterest
Labels: life in Wales, Strange things about Wales