That time I went to the Fleece Inn 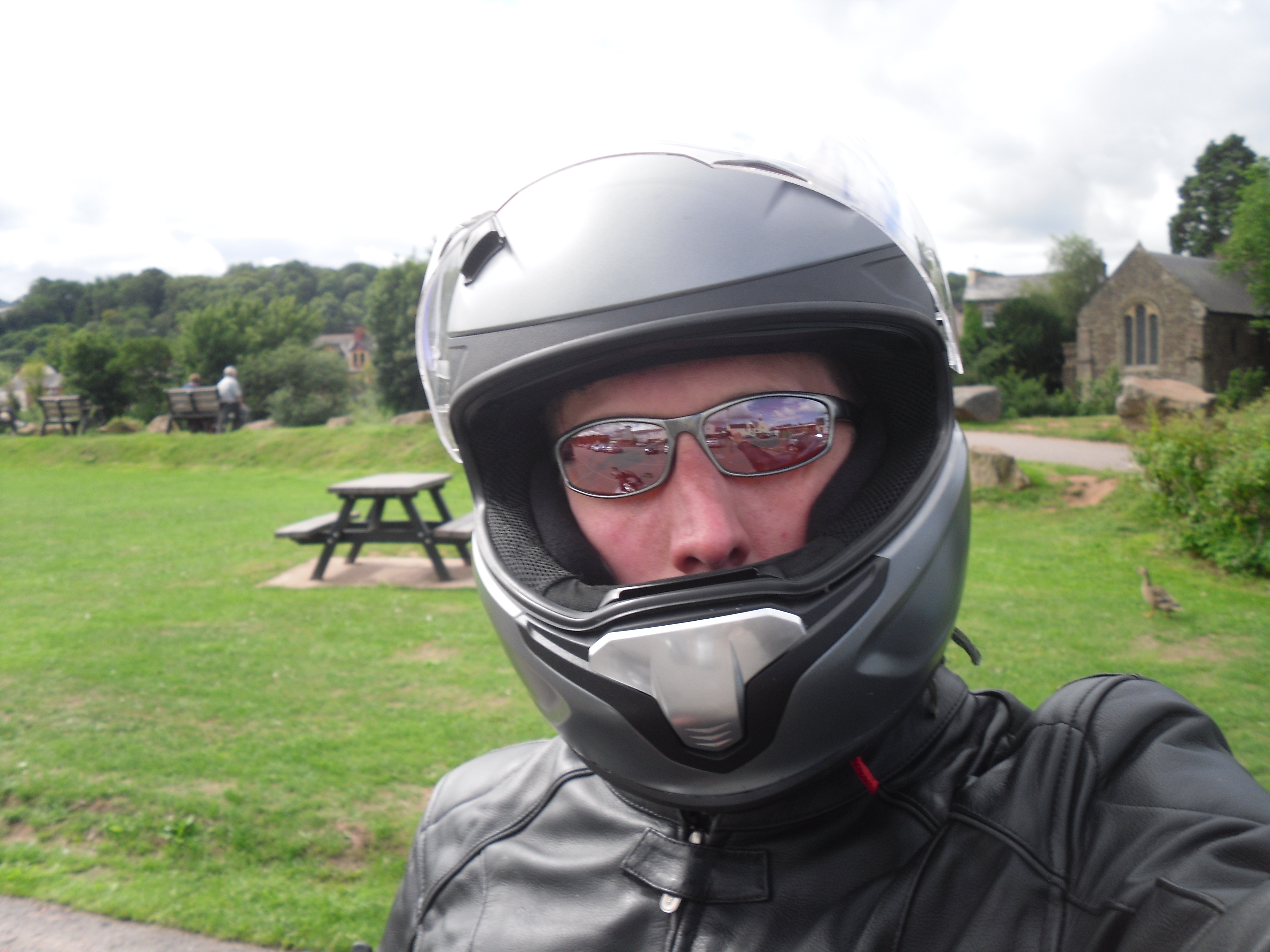 Almost exactly two years ago, I set out on my first "big" motorcycle trip: to the Fleece Inn in the village of Bretforton, England. I wrote about the trip on my motorcycle blog shortly afterward, but didn't post all the pictures.

According to Google, the fastest route to the Fleece Inn sees you travelling 100 miles from Penarth, but the roundtrip route I took ended up putting 220 miles on the clock. It's a decent amount of space to cover on a motorcycle and up to that point it was the furthest I had ridden in one day.

I remember feeling it was so important, so huge, that I would be covering that distance in a day. I had only had my Honda for two months and was still very much in the state of not feeling terribly comfortable with it. Hindsight being all that it is, I sometimes think I should have sought out something less powerful and less heavy as my first motorcycle.

The flipside of that, of course, is that a less powerful bike might not have been able to take me to some of the exciting places I'd end going.

I chose the Fleece Inn as a destination because it's owned by the National Trust. And that somehow makes anything better in my eyes. I am a National Trust fanboy.

For those of you playing along at home, the National Trust is sort of, kind of like the US National Park Service but for the fact that it isn't government funded and it doesn't look after any true wilderness. And there's a lot more tea and cake involved. But in a very broad and inaccurate way, the mission statement is the same. Sort of.

Certainly the National Trust does a better job of protecting and preserving British landscapes than the UK's government-funded national parks. But –– despite the fact some of the country's most popular "natural" spaces (e.g., Scaffel Pike in the Lake District, or Pen y Fan in the Brecon Beacons) are National Trust properties –– most people think of the National Trust as being an organization that looks after old buildings.

The Fleece Inn fits the description, having been built in the 1400s. That kind of thing always blows my mind: the idea that people would have been sitting around in this place drinking and singing and talking the same sort of nonsense they still do, and not one of them would have had any idea that North America even existed, let alone imagine the country that I call home.

I remember it took an exceedingly long time for me to get to the Fleece Inn. Partially this was because I kept getting lost, but also because I kept having to stop to rest. There is a physical aspect to riding a motorcycle; it wears you out. Especially when you are still relatively new to riding and nervous and uncomfortable on the bike.

These days, I could easily cover the distance in under two hours, but if memory serves me I took just shy of four hours on that day. Nerves forced me to stop for multiple toilet breaks; my neck and shoulder ached from tensing up.


The pub was worth it, though. It is immensely charming and the food was good. The pub has accommodation. I'd like to return some day with Jenn on one of the weekends when there is an event taking place. The Fleece Inn often has little ale festivals or special weekends of some kind.

There's not much to do beyond the pub, though. Bretforton is charming but very small. The pub is the only thing but for houses and a church.

I remember being incredibly tired on that day. The thought of having to make my way back made me nervous and uncomfortable.

I tried closing my eyes for a while in the village green. But I remember sitting there just shaking. Exhausted and shaking. I was nervous and I had, too, an incessant need to leave –– to get moving again. That's something I still struggle with. Too often some part of my brain gets locked into the idea of getting from point A to point B.

But when you are on a motorcycle, or out for a nice drive in a car, the whole point is to avoid the point-A-to-point-B mentality. I've definitely gotten better, but it's still hard for me to simply stop and enjoy my surroundings.

On this first long ride I found it impossible to relax. And ultimately that bit me in the ass. The closest I have ever come to being in a genuine accident was an incident on my way back from Bretforton.

I've had one or two bum-clenching moments where the real wheel slid on horse poop, or the front end started to tuck, but had those situations resulted in a crash I almost certainly would not have been injured. The bike would have been only superficially damaged. They were slow-speed incidents that involved no one else.

But on the way back from Bretforton my tiredness and nerves had made me completely inattentive as I sped toward a roundabout at roughly 70 mph. When my brain finally registered that the massive semi truck in front of me was not moving, I mentally froze. I simply slammed the brakes and clenched my teeth.

Fortunately, that Honda was equipped with anti-lock brakes –– a feature that crusty old bikers will claim they don't need. Because they are stupid. The bike came to a safe and complete stop, then stalled out because it was still in 6th gear. I had to duck walk it to the side of the road to get it started again.
Posted by Chris Cope at 21:31

The Fleece Inn at Breferton is one of my favourite pubs.
I always try to call in when Im in the area although most often I am in a car.
Your post reminds me its time to visit again this time on the motorbike.
John.