Keeping an eye out for Ernest 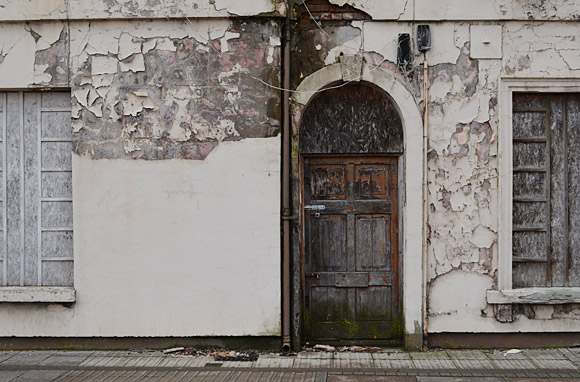 In the summer of 1994, Beth and I worked together at the Sam's Club in Burnsville, Minnesota. Sam's Club, for our friends in the Soggy Nations, is a chain of wholesale stores that are part of the Walmart family of gigantic, soulless retail outlets. It is like a Costco. Or, at least, I assume it to be; I've never been to Costco. Partially that is because of some strange allegiance to Sam's Club, but more so because I have no need to buy things wholesale. I have enough trouble consuming a litre of milk before its expiration date.

The Sam's Club that Beth and I worked at is no longer there, which is no great loss. The huge, grey brick of a building was torn down at some indeterminable time in the past and replaced with a handful of other buildings that will also not be missed when they, too, are eventually torn down. At some point in history we in the Western world stopped building things with any sense of wanting them to stick around. In the United States, and more and more here in Her Majesty's United Kingdom, most things seem to be on a 20-year cycle.

What's interesting is that we not only tear down and replace the buildings every two decades or so, but often completely redesign the roads around that space. So, it is possible for a person to find himself completely lost in a place that was once more or less the centre of his little life. Some part of him thinks: "Did that summer even happen?"

But I still get Christmas and birthday cards from Beth, so, I suppose it did.

I was still in the phase of always wearing a pen around my neck in those days -- a Uniball Micro Deluxe 0.5 mm, clipped to a bit of leather shoelace that I wore as a kind of necklace. It was my blatant attempt to copy Jeff Nelson, who had worn the same thing when we were in high school. Obviously, the goal of such a fashion accessory was to make one of those heavy-handed teenage declarations of identity: "I am a writer. So, I wear a pen around my neck. Because a pen is something you write with. And I'm a writer."

I didn't actually write all that much in those days, and I read even less. But I had a fondness for storytelling and an ever-present writing utensil, so I felt I was well on my way. For the most part, what I did in my late teens was talk to girls. It wasn't always flirting, necessarily. I just liked getting attention from girls. If I could make a girl laugh, it felt like more an achievement than making a guy laugh. I enjoyed it more, I felt more important.

So, I could often be found speeding through the cavernous aisles of Sam's Club trying to hunt down Beth because I had thought of something funny to say and wanted to tell it to her. I once ran up, placed an enormous ham in her hands, sang, "Hold my ham. I want you to hold my ham," to the tune of "Hold My Hand" by Hootie and the Blowfish, and ran away.

Because of the pen and the self-appointed "writer" title, Beth's nickname for me was "Hemingway." I pretended I didn't like that nickname, but really, I did. I really, really did. And it is only because of that nickname that I ever actually went to the trouble to read anything by Ernest Hemingway, having to that point managed to limit my field of literary knowledge to little more than Dave Barry, Henry Rollins and Douglas Adams. I read The Sun Also Rises which somehow led to my reading Jack Kerouac's On the Road -- thereby setting me on the well-worn path of just about every white American writer boy alive today.

It's cliché, but I still list Hemingway as one of my favourite writers. I still sometimes find myself copying things he did. For example, in the book I am working on now, there is a conversation between myself and an imaginary person. This is bald-faced theft of a trick Hemingway used in Death in the Afternoon.

What I do not copy, however, is Hemingway's famous brevity. He would not have used all the above words just to meander to this point: there is in Cardiff a road called Hemingway Road. And when I first came across it many years ago, I got all excited to think there might be some kind of previously-unknown-to-me connection between the author who had inspired me and the city I wanted to call my home.

In fact, the road is named after Robert Hemingway, a marginally successful 19th-century Cardiff businessman of no apparent relation to the great American author. Nonetheless, some part of me gets excited when I cross Hemingway Road, as one must always do when walking from Cardiff Bay train station to the restaurants and pubs of Cardiff Bay. I feel exotic in a way I can't quite explain. 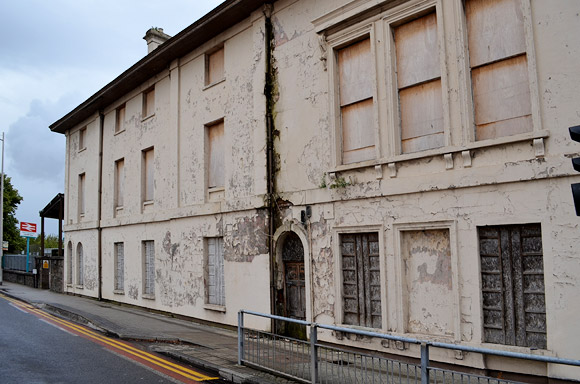 It is a feeling facilitated by Cardiff Bay station itself, I suppose. Now just a concrete platform, one can see it used to be something more. There is an old station building there, boarded up and with weeds growing from the chimney stacks. It sends your mind back to some past to which one is inclined to apply a kind of Instagram filter for the imagination.

I imagine that inside -- hidden in a cobwebbed case -- there are dusty bottles of glorious, old, red wine. I imagine breaking in, streaks of sunlight exposing an old table and some old chairs. I would dust them off and somehow a young Ernest Hemingway would show up. He would dig one of the bottles from the case, hold it up to the dust-heavy light to try to read the label and then grumble something along the lines of: "Well, needs must."

He'd use the bottle as a way to launch into a story about driving through Spain with a matador and three whores, casually working and then pulling the cork as if it were punctuation in his narrative. He'd take the glasses and hold them at waist height, then pour the wine from about shoulder level, explaining it's an unpretty but effective means of allowing the wine to "breathe" quickly. From his bag he would pull sausages and bread and we'd sit and eat and drink and he'd teach me how to write a really amazing novel.

I started a new job Monday. It's not a full-time, but, honestly, the only reason I care is the fact I remain financially strapped. What does that phrase even mean, by the way: "financially strapped"? I use it to mean that even with this job I will still not really be able to do things I want to do, like see my family at Christmas or buy a car or adequately fund our wedding. But, I find I want to do this job far more than any previous roles, so the money thing upsets me less. Before I was poor and doing work I found unfulfilling. Now I'll be poor and doing something I care about.

And they give me vacation time. And match my payments into a pension. I feel like a grown up. I have to wake up ungodly early, put on a suit and take the train into work. These are things that will almost certainly lose their novelty in, oh, mid-winter, but at the moment I think they are very cool. I think, also, that the building I work in is very cool. It is old, has been there at least 100 years (though, I would guess it to be closer to 150 years old) and it is believable to think it will be there some 100 years more. It is not a part of the 20-year cycle. I will be able to come back to it many years from now and not feel lost.

But one of the things I like the most is that I have a big window at my desk, which looks out upon Hemingway Road. The crumbling, old train station is right there in my view. Occasionally, I look up from my computer screen and see it in the corner of my eye. I feel a rush of that strange unexplainable excitement. If a young Ernest Hemingway ever turns up, I'll be ready.
Posted by Chris Cope at 22:44 3 comments: