What I want to be 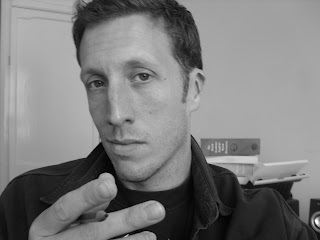 When I was a boy –– probably about 7 or 8 years old, I don't remember exactly –– one of my teachers at Bunker Hill Elementary assigned to us the task of writing an essay about what we wanted to be when we grew up.

In addendum to this essay we were to draw a picture of our future selves in action, on the job. These essays and pictures, we were told, would be displayed in the hallway on parent-teacher night, so we should really try to put some effort into it.

"Maybe you could be an actor," my teacher suggested.

No. No, that wasn't it at all. Acting was pretending; I didn't want to pretend. Besides, how was one supposed to show himself acting in a drawing? Especially a drawing that was going to be hung in the hallway and seen by all the other kids and their parents?

And don't say, "Draw a person on a stage," because that is totally wrong. Stage actors don't make any money. That's why no one knows who they are. And a stage is just a straight line. That's a very boring picture. No one is going to look at a drawing of a kid just standing there and think: "Wow! That kid has ambition! I wish this boy were my own son! He's so amazing that I'm going to make my child be his friend and he can come over and play in our pool and eat all the hot dogs he wants!"

I had in those days perfected the art of drawing a pretty good helicopter. With a ruler and a steady hand, I could craft an Apache with fire-shooting jets on the side. I decided to build my essay around the visual. I claimed to want to be a helicopter pilot, so I could help save people's lives. I threw that last bit of information in there because it sounded good. People like it when a kid says he wants to save lives, or that he loves Jesus. I knew that. I understood how the world worked. I had written a letter to President Reagan, pointing out that I was pretty cute and likeably precocious and it would probably look good for him to invite me to the White House to discuss how we could save the environment (he never replied).

In truth, I had no interest in being a helicopter pilot, nor did I care all that much about saving people. I just wanted to be taller than them. And able to beat them up. And driving a car with a horn that played "Dixie."

A few years later, in 5th grade, the teachers wrote a little story for the kids "graduating" Bunker Hill Elementary and moving on to the rough and tumble world of middle school. In it, they predicted the future for each child. The essay proclaimed I would be host of the "Tonight Show."

I decided to roll with it. For years afterward, if anyone asked what I wanted to be I'd say with certainty: a stand-up comic. I liked the idea of being a stand-up comic. Growing up in Houston –– home to NASA –– any number of geniuses had come to my elementary school, telling us kids of their exciting jobs involving explosions and robots. But always they would stress the importance of math and science for these things.

"Well, to hell with being an astronaut," I would think.

I hated school. I was a poor student with a weak attention span. Any career that involved first correcting these already entrenched bad academic habits was definitely not for me. Being a stand-up comic, however, was a profession for which a good education wasn't an explicit requirement.

Jumping ahead quite a bit, I have known a few stand-up comics in my life and am these days pretty good friends with one. And what I have realised from this exposure is that the comics without educations are awful. But I never had to confront that issue because at age 17 I went to an open mic night and bombed.

It wasn't that I was booed or heckled, but that the room full of people echoed with silence. My best joke (rhetorically asking why vacuum cleaners have headlights) was mistimed and received only a polite chuckle from a woman I think may have been feeling very sorry for me.

People who still know me from those days claim it's not surprising that I have taken to writing books, and I think I remember walking around proclaiming myself to be a writer in my late teens. But the truth is, I wrote very little. Some bad poetry and letters to people. That was about it. And I hardly ever read.

In the years from ages 18 to 25 I probably read fewer books than I have this year: Jack Kerouac's On the Road, Ernest Hemingway's The Sun Also Rises, all of Carl Hiaasen's books, most of Bill Bryson's and a few of Dave Barry's. That was it. I don't remember tackling anything else unless it was required reading for a college course.

Also, I hated the idea of authors. I bought into the cliché visions of writers offered by the sort of films that invariably feature a "storming the country club and making the rich people party" scene. I embarrass me with my erstwhile anti-intellectualism. I honestly think it was not until I reached my 30s that I started to really read and think and pay attention to the craft of storytelling.

I think now almost constantly about the question of how to be a good writer. Having recently finished work on my third book, I am consumed with thoughts and worries about my abilities as a writer. Or lack thereof. I feel that I have come to this too late, that I don't get it, and that I never will. And, more importantly, I don't see how it's ever going to lead to my being able to beat people up or drive the General Lee.
Posted by Chris Cope at 13:53 No comments:

Email ThisBlogThis!Share to TwitterShare to FacebookShare to Pinterest
Labels: About me, literature, Signs that I am old and busted, Stuff I think about
Newer Posts Older Posts Home
Subscribe to: Posts (Atom)