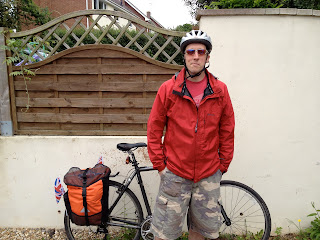 My name is Chris Cope, I was born in St. David's Hospital in Austin, Texas, during the final months of the Gerald Ford administration. I generally consider myself a Texan, though I am happy, too, to carry the flag for Minnesota, where I spent my teenage years. Generally, where I claim to be from is dependent upon which state presently has the least embarrassing politicians. Over the course of my life, I've called at least 20 different places "home" -- California and England among them -- these days it's Wales.

I earned my bachelors and masters degrees at Cardiff University, both in Welsh. With the exception of two awkward years spent teaching Welsh in night classes, I've worked most of my life as a writer of some sort. The son of a television anchorman, I fell into broadcasting pretty early, developing a ridiculous radio announcer voice that still occasionally comes out when I'm speaking publicly. I found myself more at home behind the scenes, however, working as a producer and writer in television, then as a writer and editor online, and thereafter in public relations.

I am the author of three books and have recently begun work on a fourth. In 2012, I was the recipient of a Literary Wales bursary, however, I still count as my greatest accolade the blue ribbon I won in a creative writing competition when I was 9 years old. I wrote a story about a parrot, and it was amazing; it had all the elements. I may not have written anything better since. Though I try. In addition to books, I am the author of a popular motorcycle blog -- The Motorcycle Obsession -- and have written for several other publications and websites.

I live in a crumbling old Victorian home in Penarth, Wales, with my wife, Jenn, whom I am crazy about, despite her ability to do a disturbingly accurate impression of Gregg Wallace off "Master Chef." I am a fair-weather supporter of the Minnesota Vikings, the Boston Red Sox, and USA national teams in just about any form. I am also an avid fan of professional wrestling and "Strictly Come Dancing." No, really. I can talk about wrestling and "Strictly" all day long. It's probably best not to ask about it, though; I have yet to meet a person who displays anything close to my level of interest in these subjects.