Turning pro: The sudden advent of my career as a full-time moto-journalist 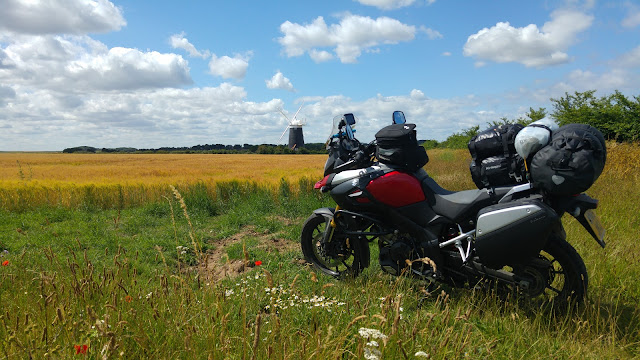 In the parlance of Her Majesty's United Kingdom of Great Britain and Northern Ireland, I'm "being made redundant." There's something hurtful in that phrasing: the implication of being unnecessary and unwanted. And, indeed, that's sort of how I feel. I will spend my final day -- New Year's Eve -- in the office alone. There is no "leaving do" planned.

The good news, however, is that I will be sent on my way with a small bit of money and a charming reference letter. And I have a plan. I question whether it is a very good plan -- only time will tell -- but it is a plan, nonetheless.

The plan is this: I'm going to become a moto-journalist.

Well, arguably, I'm already a moto-journalist. I've been writing for a handful of online publications (most notably, RideApart) for more than a year. In November, I spent three days in Milan reporting on EICMA, one of the world's largest annual motorcycle shows. But hitherto it's all been supplemental income. From 1 January, it will be my full-time gig.

Or, at least, I hope it will be full time. The trick of this plan is that I will be freelance.

Yes, I would rather be tied to a specific publication but I suffer from the geographical disadvantage of living in Wales. And in so doing I am far away from Peterborough, which is (bafflingly) the hub of the UK's motorcycle press scene, and even further away from Los Angeles, home to the U.S. scene.

True, I would be delighted to leave Wales (I mean, really, really delighted), but such a course of action runs averse to my wife's current plans. And there are, admittedly, a few advantages to staying yng Nghymru. Free healthcare being at the top of the list.

The whole of the UK has free healthcare, of course, but in Wales even our prescriptions are free. Which is of benefit if -- like me -- you suffer from chronic asthma and hypothyroidism.

Let us stop for a moment and savor the irony of the fact my living in a country with deep socialist roots allows me to be more free in terms of career choice than I would be in The Land of the Free.

Anyhoo, freelance it is. The advantages are obvious. I'll be making a living writing about motorcycles, which inherently demands that I ride motorcycles. I'll be tied to no particular location (which means I could, in theory, transfer this whole operation to some place warm and sunny) and I'll be confined to no set working hours.

The disadvantages are equally clear: no paid time off, no sick days, no pension contributions, no regular paychecks, and success in one month is no guarantee of success in the next. Think about it too much and you won't sleep; you'll get a headache from constantly clenching your jaw,

Which is what's been happening to me recently. I am deeply worried I won't pull this off. But, at the same time, I know I am capable of doing so. I'm motivated, too, by the fact I really, really don't like traditional workplace scenarios.

The adventure begins.
Posted by Chris Cope at 16:23 7 comments: