It was a pretty good year 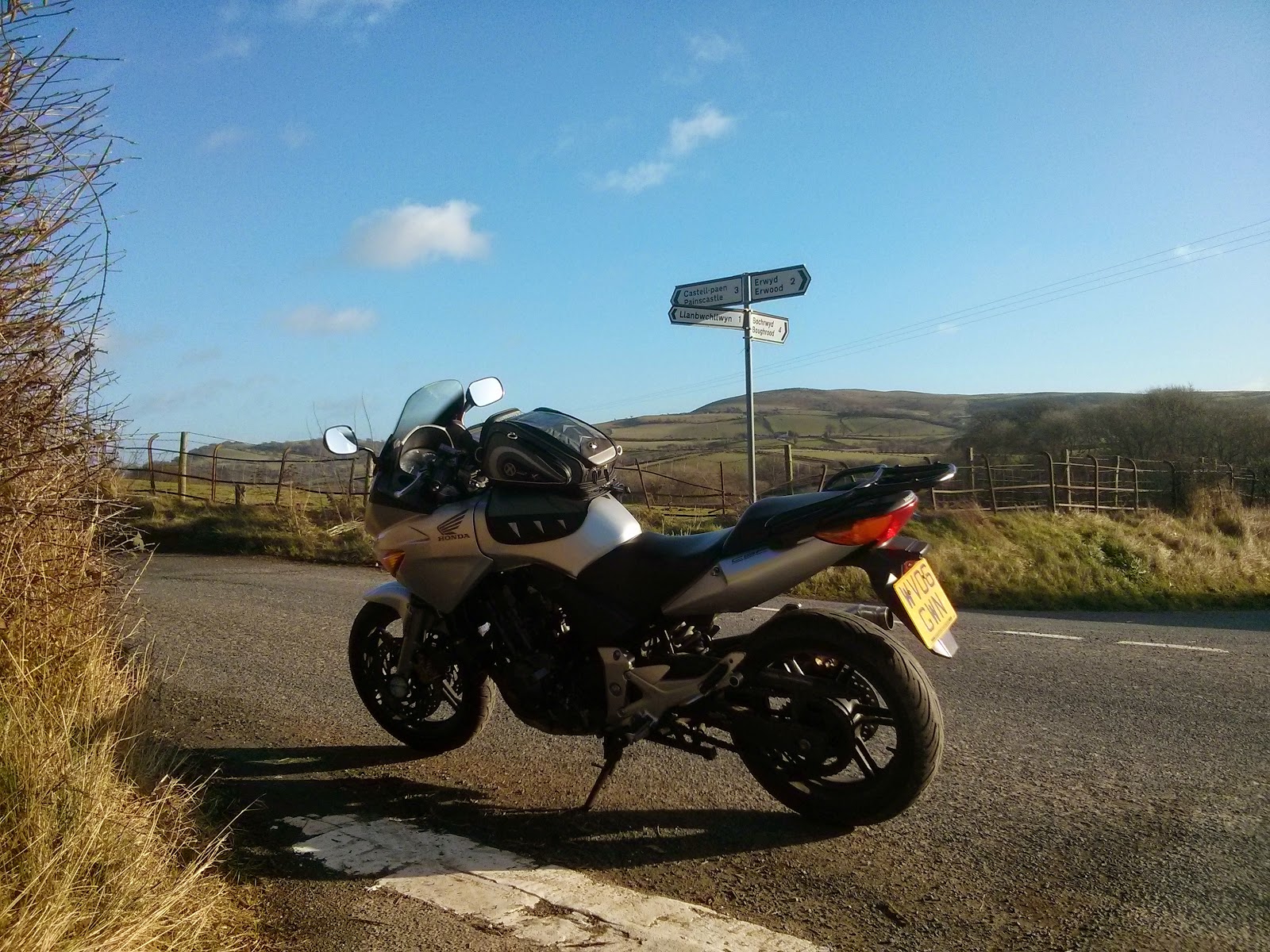 Shortly before I ran the Dublin Marathon back in October, someone (I can't now remember who) was telling me they had heard that people suffer from depression after such an accomplishment because suddenly there isn't anymore a specific and immediate goal to be always always always pushing toward. I told that person I wasn't worried about that happening to me, then I ran the marathon and promptly fell into a months-long malaise. Not so much a depression, but just a period of time that was mentally equivalent to saying, "blaaaaaaaaahhhh," for 60-odd days.

Which is a shame, because hitherto I was making a good run of it. When I read that last sentence it doesn't quite make sense to me, but I like the sound of it, so let's just move on. Anyhoo, my point is that from July or so I had been doing a decent job of keeping up with regular blogging. And prolificacy makes me feel better about myself.

So, let's get back into it, shall we chaps? It's a new year, what. New beginnings and all that. (Yes, I have been reading a lot of PG Wodehouse.) And what better way to start the year than to take a quick gander at the one that's just passed?

Things started out slowly in 2014, as exemplified by the fact I didn't even bother to make note of my resolutions/goals. I'm pretty sure, though, that one of them was to visit Scotland. Because I had been making that promise to myself for roughly a decade. I probably also promised myself I would finally take action and find a publisher for my book Tales of a Toffee-Covered Llama.

I honestly don't remember anything from the month, which suggests I was probably in a grumpy mood. One of the strange benefits of having swing-uppy-downy broken brain is that after I go through a black period of being miserable, said period gets wiped from my memory. So, when I look back at my life it is really not all that bad because I can't remember anything but first kisses, golden sunsets and swimming in rivers.

I was apparently grumpy in February, too –– obtusely communicating as much in a blog post about yet another of my father's cars that I ruined. Of all my father's cars, probably only one of them hasn't been damaged or totalled by me.

But, actually, things couldn't have really been that bad in February because that was the month I got a chance to test ride a Triumph Bonneville. I loved that bike so much that I came very, very close to signing my name to a loan agreement that would have inevitably had me by now weeping on a daily basis as I attempted to keep up with payments. At the last minute practicality took over, aided by the fact that the brakes on the Bonneville are awful.

It was also in February that I got a chance to spend a few days in York.

In March I got it into my head that I was going to somehow will my book into being published and started my short-lived 183 Days idea. Ultimately it was a dumb scheme because it was a goal without a path. It was basically a lazy man's law of attraction and it didn't work. I still haven't come up with an intelligent way of ensuring my book gets published.

This isn't quite the post for getting into it, but the whole thing is incredibly disheartening. I spent close to a year working on that book, focusing on it so much that at times I would weep as I was writing. Now it just sits on my laptop and to date only one other person has read it (thank you, Jenny Phin).

Also in March, I celebrated my 38th birthday. Jenn took me to Exmoor National Park, where we went hiking, ate really good food, and smooched on a cliffside overlooking the sea. I started attending a really awesome literary event in Bristol called Kill Your Darlings. Because such is the way with all awesome things, it didn't last very long. I find that comforting because it lets me know that even really good artists are shit at being consistent.

April was super-fantastico awesome because I won a competition that saw me getting to ride a top-of-the-line motorcycle around Peak District National Park, stay at Alton Towers resort, and have free new tires installed on my bike. This was probably one of the coolest things to have happened to me in a while and had come about thanks in part to my ridiculous dedication to blogging about motorcycles.

It's a strangely welcoming world, y'all. Who knew?

I know none of my friends or family give a damn about motorcycles, so I try not to burden people with all of it, but I find it amazing that simply riding around on a two-wheeled machine has changed my life so much. From April, thanks to the impetus provided by my Peak District adventure, I started to push myself ever more to explore this country that for so long I had been desperate to live in. And that has helped me start to remember why I wanted to move here.

I went to Scotland. Finally. And I went on my motorcycle, which meant that I got to see large swathes of the country. I got to stand atop Cairngorm mountain and look out on a great expanse of Caledonian forest. Ostensibly, I was there for a conference celebrating John Muir, and that actually turned out to be one of the best parts of the adventure.

I mean, I had gone to the conference primarily because it was a means of getting my employer to pay for me to visit Scotland. But the people I met and ideas discussed ended up affecting me quite a bit. It left me with a much more solid feeling about the incredible importance of natural areas. Ever since then, I've been trying to figure out how I can play more of a role in protecting and possibly even extending Britain's natural landscapes.

On the same trip I also got to spend a few days in Lake District National Park, which was also awesome even though I almost died of hypothermia atop Scafell Pike. All told, I travelled more than 1,000 miles of British road and lane on my bike over a space of a week. In that week, I managed to see more of Britain than I ever had before in almost 8 years of living here.

When summer hit, Jenn and I travelled to the United States, first to celebrate my grandfather's 90th birthday in Texas, then to spend the 4th of July with friends in Minnesota. I miss my friends and family so much that at times it's crippling. So, it goes without saying that this visit was the highlight of my year. My only complaint is that we didn't have more time to spend. My trips home are too few and far between.

I came back to the UK slightly reinvigorated and started putting more effort into keeping up with writing. Jenn and I also celebrated the 1-year anniversary of our wedding. The weather was good through most of the month and probably the best single moment came when we rode out to the Gower campsite that Jenn's grandparents have visited every year for more than three decades, and swam in the sea with them.

That was especially moving to Jenn. Her grandparents had a rough spell in terms of health not too long ago and had thought they would never again be robust enough to handle the cold waters off Wales' coast. Seeing them splash around (and last longer in the sea than myself) meant a lot.

My 20-year high school reunion came and went without my being there. For a handful of minutes I felt a little melancholy about not being back in Minnesota to see all the old faces –– especially those I'd not had a chance to meet up with during my recent visit –– but then I got a chance to go test ride some motorcycles and I forgot about it.

Robin Williams died and, well, I'm still upset about it.

In the waning days of summer I rode my motorcycle to Northern England and spent some time visiting Yorkshire Dales National Park. It is almost certainly against the rules of my job to pick favourites but suffice to say that I really loved the opportunity to visit this national park.

A random highlight from the trip came when I was en route and stopped at a motorway services. Some guy came up to me and asked if I'd bring my motorcycle over to show it off to his elderly father. It turned out said father had been a motorcycle dispatch rider during WWII. Upon seeing me he lit up and told me the sort of true-life tales of derring-do that leave you incredibly thankful that you never had to find the courage to do the same things.

In the same month, Jenn and I also got to spend a week housesitting in an enormous house in West Sussex. We ate well, went for walks in South Downs National Park, and were kept company by three lovably dumb golden retrievers, an insouciant cat, and several chickens.

We are blessed by the people we know.

There was that marathon thing, of course. But also my motorcycle blog continued to pay dividends when it resulted in my being offered some freelance work. I write about motorbikes professionally, y'all. That is ridiculous and wonderful.

As I said, I sort of dropped into a constant malaise in the 11th month. There were still some high points, though. Jenn and I celebrated two years of marriage (remember that we were married in November 2012 but didn't have our proper wedding until July 2013, so we celebrate twice a year). And there were a number of motorcycle-related things I won't bore you with.

The final of this year's "Strictly Come Dancing" was amaze-balls, yo. I realise I don't blog about that show anymore but I still watch it religiously.

For Christmas, Jenn and I were again in West Sussex, visiting with the family in whose house we had stayed in September –– the mother of Jenn's best friend. There were nine of us in total, which included two young children who made Christmas a whole lot of fun. Sure, it's nice to get presents and eat great food and drink good wine, but it's all so much more enjoyable when you've got a 3-year-old girl on the scene going out of her mind for Frozen dolls.

There are countless other great moments –– camping on Sully Island, visiting Portsmouth for the first time in 14 years, trips to London, trips to Exeter, managing to see 10 of the 15 UK national parks, getting a chance to ride 11 different motorcycles, and on and on –– but what's important is that I can look back and say honestly: it was a pretty good year.
Posted by Chris Cope at 22:40

Email ThisBlogThis!Share to TwitterShare to FacebookShare to Pinterest
Labels: About me

Good.So happy for you
Me?. 2 trips to Spain, lovely London always a joy to visit and my car went bust
Ying and Yang.
Look after yourselves
If all else fails there is always a glass of wine and film on in Penarth pier....
Toodle pip and good rioja.
Huw