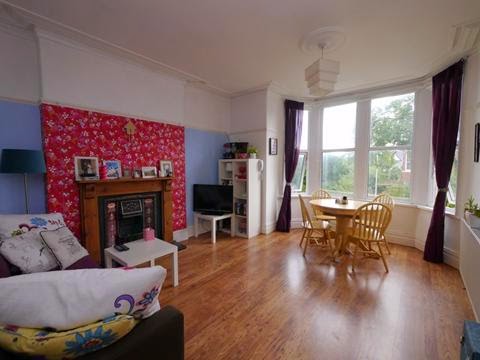 Jenn and I are trying to sell our flat. Or, well, technically, it's Jenn's flat. She bought it before we met; hers is the only name on the lease. But it's the nature of marriage that you don't pay much attention to ownership specifics. It all blurs together. You don't sit down and say: "OK, I'll buy these oranges and you can buy those apples and we'll split the cost on this milk."

In Ye Olde Days, that was, of course, one of the primary motivations for marriage: a pooling of resources. Two adults working together to improve their general condition. Practicality, you see.

And it is indeed for practical purposes that Jenn and I are keen to sell the flat: to get ourselves into the position of being debt-free. Which will/would be of benefit when/if we move to the United States in a few years. Or just of benefit in general. Being debt-free, y'all; it's the new hotness. And I've worked out that if we could get out from under all our debt we could rent a two-bedroom flat/house (our flat is one-bedroom) and still have a quantum of funds each month to put into savings.

Simply using the profit of this flat as a deposit on a larger place won't work because the mortgage on such a place would be more than what Jenn could shoulder on her own, and my status as a Damned Dirty Immigrant (who is working and paying taxes to fund the housing and welfare of natural born citizens who stand outside the Jobcentre with their hands down their pants, drinking Stella Artois and shouting obscenities) prevents me from being eligible for such a loan or co-signing onto one with my wife.

If you're not terribly interested in my personal financial situation, I don't blame you. I get bored even thinking about it. Or, well, panicky-bored. That feeling where your brain simultaneously says: "Ugh, dude, I don't wanna think about this," and "AAARGH! I DON'T WANT TO THINK ABOUT THIS!" 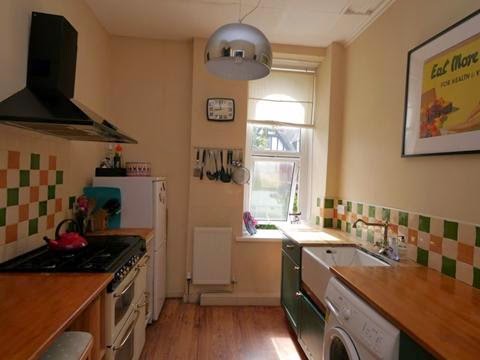 Selling a flat, even though it is technically not mine, is, I think, the most grown-up thing I've ever done. And it induces a tremendous amount of stress.

Firstly, it consequentially results in my thinking about money all the time. I don't mean thinking about it in a City trader sort of way -- "I'm making the moolah right now, baby! Woo!" -- but more in the way Ukrainians think about Russia. I spend all day trying to work out various scenarios and solutions and equations, but at the end of each of them is the reality that I have extremely little wiggle room. There's a 17-gallon bucket to fill and I've got just 17 gallons of water. Things are OK unless someone gets thirsty.

Thoughts on how to handle money lead, of course, to thoughts on how to earn money. Specifically, how I'd prefer to be earning money. Cue the large Sweetums-esque monster of my mind to sing the same old lament of my writing career not being anywhere near as profitable or prolific as I'd have hoped it would be by the time I was 38 years old.

These anxieties stack on top of each other and mush together. It's like ice cream on a hot day. Life becomes the challenge of sitting there in the sweltering heat trying to tackle a 4-scoop cone without having any of it spill onto your hands or, worse, topple to the ground. And in the great quadruple-dip waffle cone of life the additional challenge comes in the fact the flavours are not terribly complimentary. It would be far easier to tackle them one at a time. But you can't. They are on top of each other and as time goes on they become more difficult to distinguish.

Panicky-bored. Panicky-bored. I don't wanna talk about this, man. I DON'T WANT TO TALK ABOUT THIS. Where I'm going with talking about it is that strange feeling of realising that I'm an adult and not feeling terribly happy about it. I think because I am fearful that I am not terribly good at it. 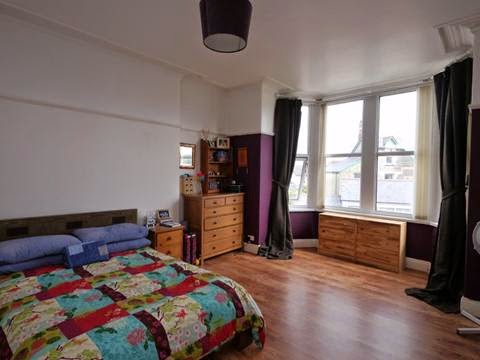 And here Sweetums steps forward again to sing the Middle-class Woes: the feeling that I am a disappointment by scale. Do you get what I mean? Objectively, my life is pretty good; I have achieved some good things. But I feel that if you take into account the tools I've had to achieve those things I am ultimately a letdown.

I imagine myself in a large room full of mechanical parts. That is my life. And at the end of my life, God is going to walk into the room and say: "Well, what'd you manage to make, Chris?"

"This bicycle," I'll say. "It's pretty sturdy. I rode around on it quite a bit and it's held up. A few flat tires but pretty fun overall."

"Good, Chris. That's fine," he'll say. "But, uhm, well, you know... this room. All the parts and tools are in this room for you to have made a fighter jet. The parts and tools are here for you to have built a fleet of motorcycles. You've always had most of them. Then there were the times -- remember? -- that you put a lot of time and effort into developing some of the others. But you never really used them. A bicycle is good, Chris. And there are many people up here that, if they had presented me with even a drawing of a bicycle, I would have been very proud of. But you. With you, a bicycle is kind of disappointing. I think you've let yourself down a little. Ah well, you've got all of eternity to dwell on it..."

The fact that these feelings spiral from the simple act of trying to sell a piece of property convinces me even further that I am really not doing a very good job of being an adult. Or maybe I just don't like being an adult and resist it to the point of incompetency. I sense that I would be more enthusiastic about the whole thing if Jenn and I were planning to use the money to go on a massive road trip.

Email ThisBlogThis!Share to TwitterShare to FacebookShare to Pinterest
Labels: About me, Signs that I am old and busted

Yes, the last line grabbed me. As we always say, the way to afford more is to have less. The less we own, the less we manage, the less time we must spend earning to afford maintenance and management.

If you want to go on a massive road trip, find a way to earn money on the road and sell everything. It can be done!

Ooh er. Not sure. Value of property increases more than crap bank savings rates.
Plus if you jump off the property ladder you might not get on. Ultimately bricks and mortar is your best investment.

Anonymous -- Ah, well. That's what they say, but:
1) I'm not entirely sure I believe it to be as ALWAYS TRUE as many people think.
2) You don't know my financial situation. I really struggle to see how being stuck in our debt interminably counts as a good investment.
3) As I say, Jenn and I really want to live in a larger place. That is unobtainable if we buy (unless we want to move to some place not worth living in like Llanhilleth) because I cannot as an immigrant get a mortgage. We can do that through renting, however.

If you have an alternate plan, though, I am all ears.

Best bet would be to go to CAB and ask them to help you to renegotiate the terms of repayments for the debts I'm guessing you might have. We did and saved £600 a month across the board. Life in general felt better with more cash - won't get you a bigger property though, but I too would be concerned about getting off the property ladder and not being able to get back on. Oh, and your house ultimately may well be your retirement pot!
Best wishes
H

If it's any consolation, property-owning is a problem I'd LOVE to have!